The new Great Hall (my jazzed up shed) was erected last year as planned but due to finances the inside never got done at all. This did have a bonus as it has been sat being exposed to the lovely British climate for a year and has no issues with ingress of water. Those it did have have been cured as they were spotted. 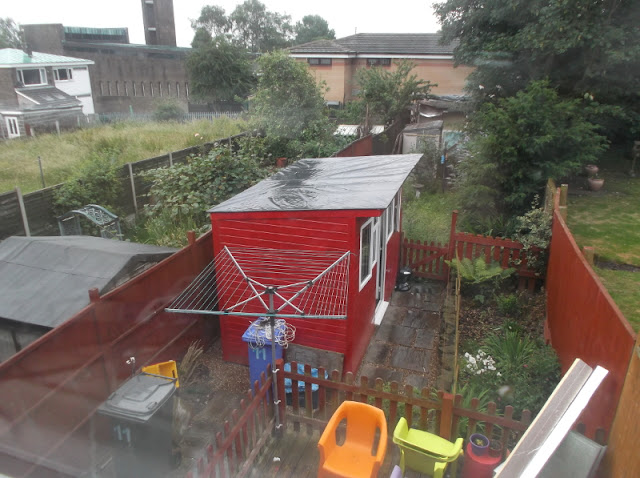 I spent last year gathering funds for the rather costly internal work, with the insulation coming in at just under £500.00 alone. Add to this the cost of boarding it all, painting, electrics, etc, I had a rather large target to achieve. I have however saved as hard as I could and made my target gradually month.

So finally I had enough funds to get started on Saturday, hence the Mad Dogs quote. I happened to have really timed the job wrong I hate heat, and this weekend was a scorcher with the thermometer topping 30C+ , and it has remained that way since. The week however has been booked into my calendar for the job and I do not have the luxury of being able to change that.

I started with the Insulation. 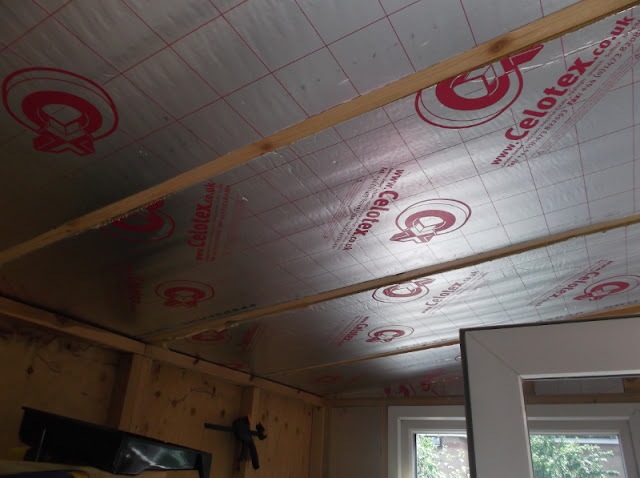 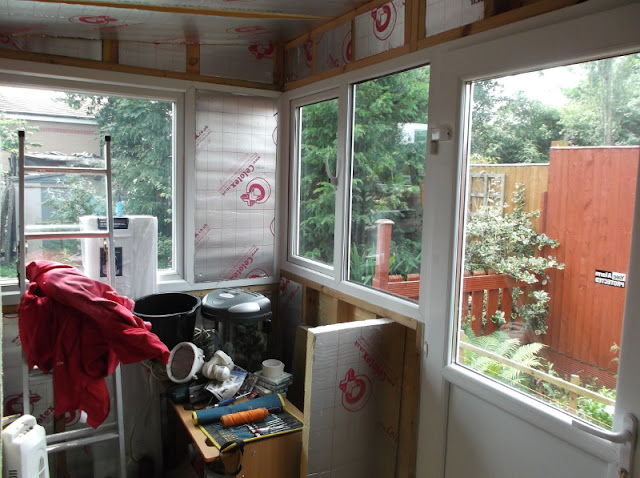 I also have a lot of junk to shift as it appears the wife has been using it to store items no longer required in the house...

Next came boarding out. 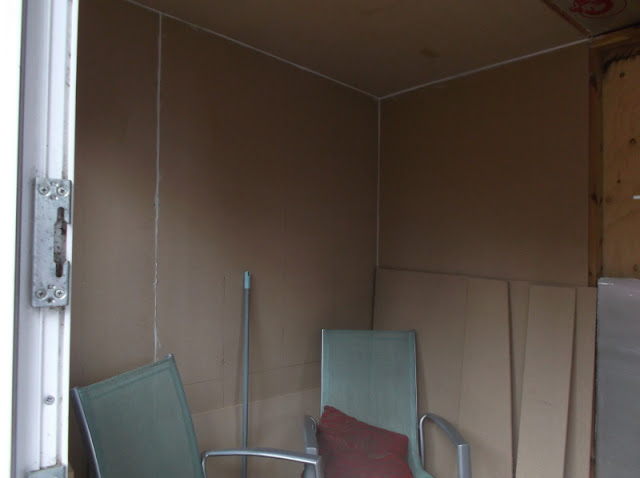 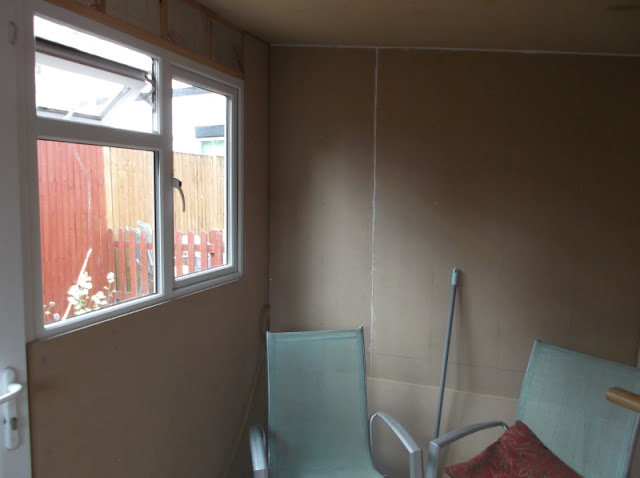 That little lot saw me lose my entire weekend and part of Monday finishing of the little bits. Those little bits always seem to take far longer than expected as well.

I sit here today though rather happy, as the walls are now painted and I laid the carpet today which has to be my best bargain costing only £30.00. 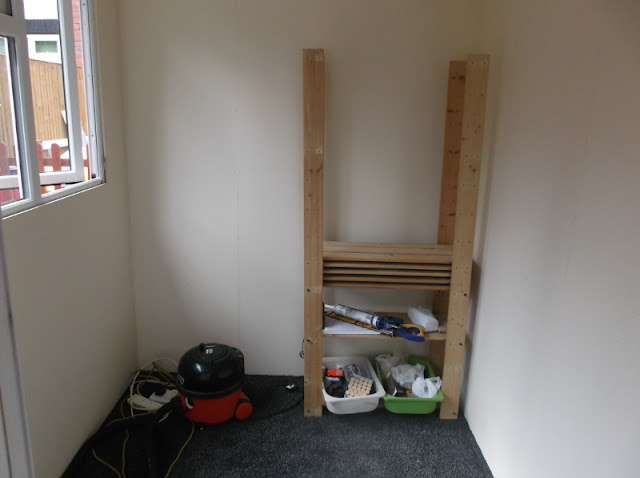 This will be the new working area, I still have a lot to do, workbenches to build and shelving to fill the walls but that will all happen in the coming days. 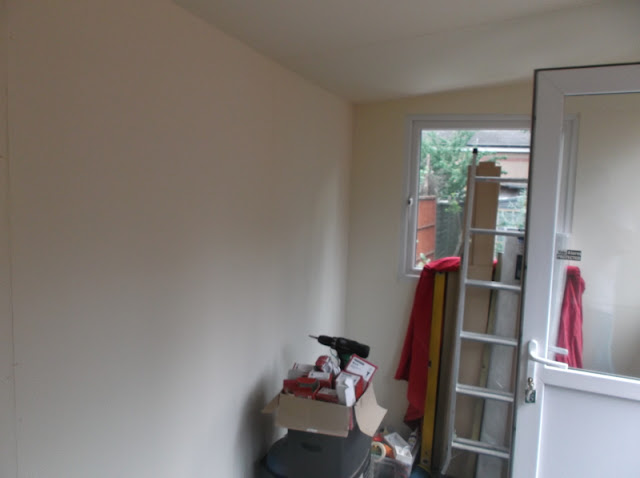 The tools and clutter will be removed and a gaming table will take its place here soon. 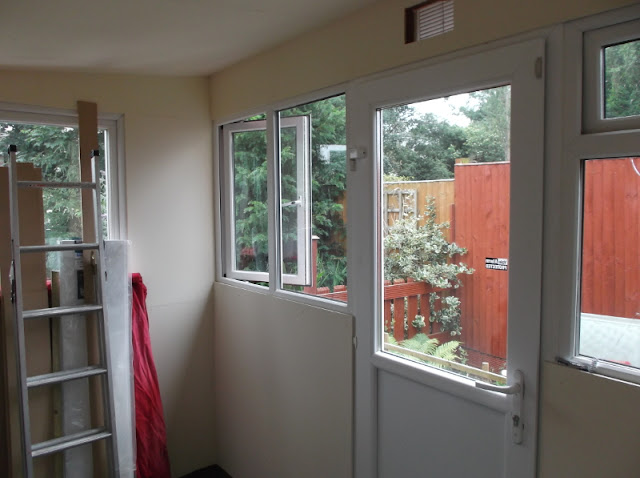 Most important I have plenty of light but will need to purchase some blinds so I can control it a bit more during the day, one to reflect the heat and secondly so it does not get too bright. Ok so it's not huge with an internal floor space of  6ft x 12ft but it is all mine.

Well folks I know you were possibly expecting some Bavarians by now, but this is very important to me, as I am confident once I have my own purpose built space it will give me many rewards. Sanctity from the day to day hub-bub in the house, as place to relax and play games with the children but most of all peace and space for my mind.

Until next time good readers.

Knowing that I am embarking on a rather large project I thought it prudent to ensure that I had a good supply of paint of the right colours to hand. As I eluded to previously I had some supplies on order to assist me in this and although the dropper bottles have not yet arrived from China, everything else had, so I recycled an old dropper bottle so I could at least get started. 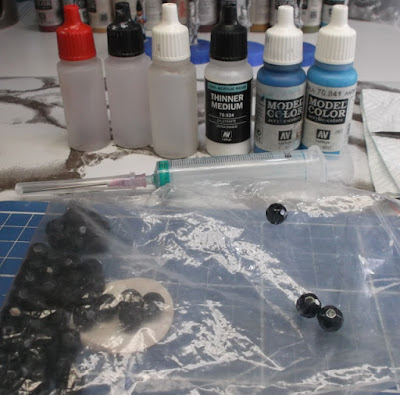 So we have empty dropper bottles,some thinner medium, my colours for the mix, a blunt needle and syringe and some 6mm glass beads.

The syringe is a 10ml graduated one, and I got some 18g blunt needles. 10 of each cost me a couple of quid so for the sake of accuracy money well spent. The glass beads came from Hobbycraft a long time ago and I got 600 of them for £3.00 I use two in every dropper bottle as agitators, being glass they are inert and wont affect the paint at all. 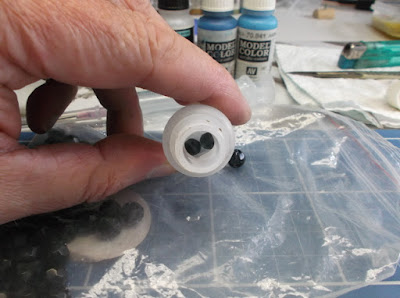 So beads into the bottle first and then I started to add the paint. First adding 7ml of the Medium blue 963, then adding several drops of thinner medium to aid the flow of the mix. Next I added 7ml of Andrea Blue 841 and another few drops of thinner.

Once I had all the paint and thinner in the bottle I replaced the nozzle, screwed on the cap and gave it all a damn good shake until the contents took on a uniform colour. 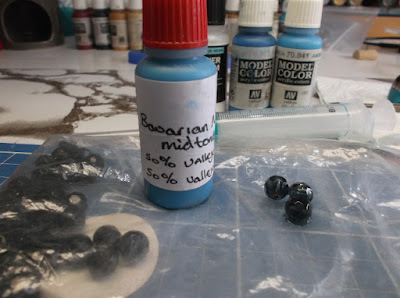 Finally I wrote a label stating the mix ratios for future reference and stuck it onto the bottle now I am good to go with those massed ranks of Cornflower Blue clad infantry.

Well folks just a small update and I will admit not a very exciting one at that either, but hopefully next time I will have some figures completed.