Well as posted earlier in the month, I had to concede defeat on my target for the month and have not put a brush to anything from that point forward.
The rest of the month has been spent working slavishly towards my goal of having December off work and I am very much on schedule for that with only one order to complete in the morning.
The only break to this routine was spending an evening with Craig and Kelly two good friends making a start on their new Saga tables (expect some blogging to follow on these as they progress). Also the regular thursday evening at the club, playing a full game of warhammer fantasy and a bit of Saga.
I dont have a definate target for the month ahead, I am having some well earned family time although I will try to get my DAK panzer army up to speed and ready to play in the new year.
I am hopeful that Santa will bring me some usefull items this year because as yet I havent found a game that requires socks or hankies as playing items and they arent that useful for making any terrain with either (I have tried).
Posted by Loki at 16:48 No comments:

I have abandoned this months target. With the reorganisation of my painting cupboard, I have been thinking about the actual progress I have made this year and frankly am disappointed. I have painted a lot of figures but actually achieved very little. With the notable exception of the Vikings I have not completed any other armies to a level where I can use them. So to cure this I am re-focusing my efforts.
I have 90% of the models I need to complete my Flames of War DAK tank company, the other 10% are part of a Christmas present so realistically this can be completed to a stage of having 1500 pts by the end of January. Especially when 30% of the force is painted already.

My focus will now solely be put into completing this force before I continue with anything else.
My Dak Panzer company in full will be relatively small:

this will give me 1470 points I may add a recovery half track to the HQ for an additional 5 points. So all I have to do now is paint up 7 tanks by Christmas. Leaving me the 3 panzer III's to complete by the end of January which should be an easier target to achieve. Any additional painting will be directed at the Dwarves which is another project that needs a good hard kick to get to being usable and will follow on from the DAK mission.
Posted by Loki at 23:16 4 comments:

Saga side tracked me.

With the clubs first event interrupting this month painting schedule a little and the amount of extra preparation needed. Our SAGA event Winter is coming needed some additional terrain making to ensure we had enough, so a few evenings were given up with the assistance of Craig and Kelly to produce 6 large marshes and 6 large woodland sections. My apologies but I actually forgot to photograph these. However I did manage to take some pictures of 3 Dark Age buildings I constructed from scratch for the event, and personal use after the event. The thatch was completed the time consuming and tedious way of using Das clay and a cocktail stick it takes a few hours but the results are nice. 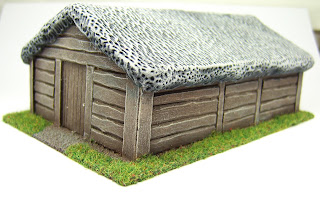 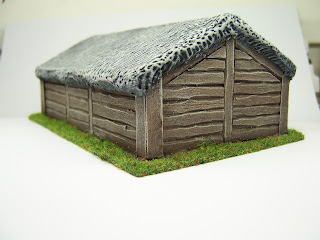 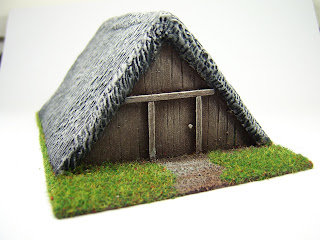 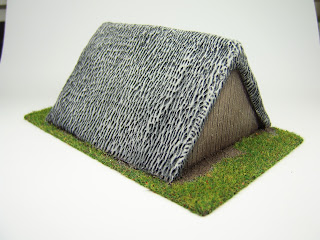 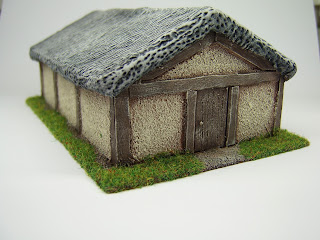 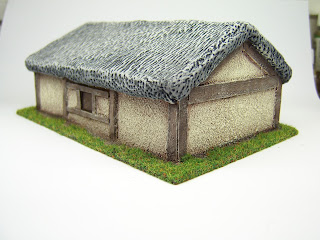 I have the Winter is coming UK Saga tournament to attend today. It would have been good if I was well rested for this but alas my body clock always fails me and the innate fear of oversleeping or the alarm failing to go off kicks in. I did manage 3 hours broken sleep but could not lay in bed awake any longer and so at 4 am decided I may as well have a cuppa instead and start the day.
One real benefit of such an early start is I am up before the kids for a change, they are normally the ones to wake us. This means I get a few hours to myself without interruption, but means I also cant make to much noise so perfect for a little quiet music and painting whilst having a couple of cuppas.
This months target is progressing nicely and I will take this opportunity to post an update as the Night Goblin unit is completed. I have not based them as yet as I want to theme all the bases at the end of the painting so the entire army matches. 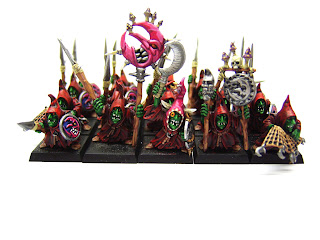 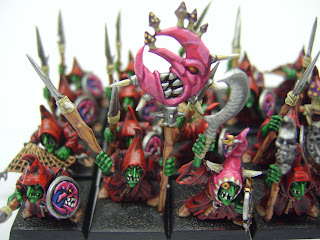 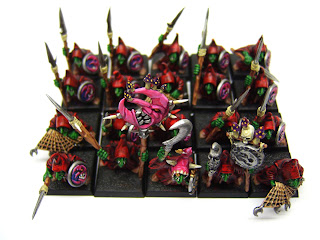 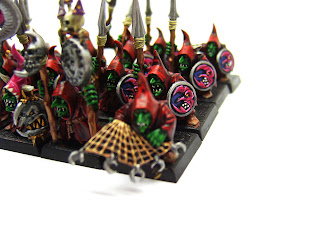 Overall I only had some minor work to carry out on this unit to get it ranked up, a few figures into a better position and a couple of minor alterations on the standard bearer and musician from how they were purchased. The whole unit meets the approval of the boys who these are for. and should make a good opponent for my Dwarves in the future.
Posted by Loki at 05:24 2 comments:

Clearing the mess a little

I have made a decision that will probably impact on this months target but something had to give. Tiny is not a word to use for my painting area, its really an old pantry and its not very tidy with a painting area of just 84 cm wide by 60 cm depth. It is a concrete ledge and a few shelves above, housing the electric for the house too. In an effort to improve the appearance as it drives my wife mad when she looks in, and it drives me mad that I cant find anything. I am by nature a little disorganised and untidy and nothing has a proper place in here. 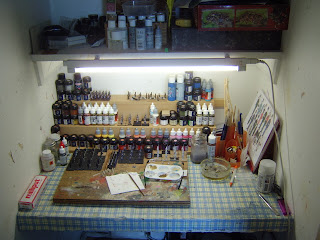 This is the cupboard before work commences not too bad but disorganised so in an effort to tidy it up to aid me better let work commence. The first part of the job is to create a full sized paint rack and make the concrete shelf level as it is very lumpy and cold. For any one that has visited my workshop they will know I have lots of mdf and offcuts of wood, being a hoarder nothing is thrown away until I am sure it has no use at all. This hoarding proved to be a good tactic as I had all the components I needed to complete stage one of this on going project. 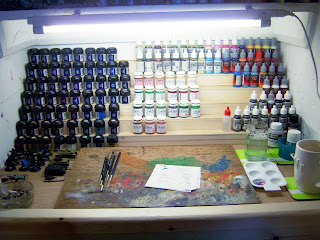 After a hard few hours work I now have a new level work surface cut from a sheet of 6 mm mdf, I decided to place a rail at the front to stop things rolling off onto the floor and added a nice section of timber to the front face which will get painted in the future.This now also serves as a handy feature to rest my arm when painting. The biggest bonus is the paint rack at the back that now houses most of my paints. I made this from beech ply and timber batten offcuts giving me a six step rack. All this rack enables me to lay them out so I can see the colour I want at first glance, and I have been able to colour group them for my preferred three step system. I now get a feeling of space in this small area, the area on the right is for my water, brush cleaner, mixing tray, varnish and most importantly my mug of tea. To the left is a nice space for me to place work in progress which until now had to sit on my painting board. The centre of the area houses my painting board an old friend that I had thought of replacing, but I have used this for over 20 years and it is still in good condition, it even bears the scars of my clumsiness. So I decided that although not great to look at too much sentiment to dispose of. The next step will be some decorating of the walls and improving the shelf space above.
Posted by Loki at 11:26 2 comments: 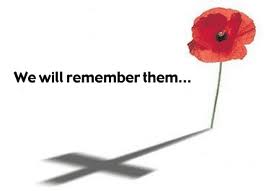 One serious negative aspect to buying secondhand units / figures is not being able to see the figures up close.
The bargain Ebay purchases have a serious negative in relation to speed.
Firstly having painted the test models and got approval from those in control of the colour schemes, I have now got to cut every figure off its base to get them ranked up into useable units. They have just been glued carelessly to the base and as a result I have gaps of 5 and 10 millimeters between the bases. The second downside is none of the figures were cleaned, they all have mouldlines and chunks attached from the sprues (a big no no in my eyes). The biggest drawback though is I also have to disjoint and reposition limbs in order to position the units together in ranks. I am expecting to have to use a lot of pinning as a result of this surgery, to give the figures some durability and strength. In particular the Savage orcs in a running pose as they are not stable once cut from the base.
The major positive of all this extra work though is I saved at least £200 on the cost of buying new figures. So a little extra work to put it all back together and onto the table will be worth it in the end. The second bonus is the Night Goblins only need the mould lines taken off as they do fit together by removing only 6 figures from bases.
The Aracnarok spider is built but the sprues are un touched for the options so that bodes well.
I havent included a picture with this post as a pile of body parts and bases is not insipring at all
Posted by Loki at 17:46 2 comments:

Well having concentrated on Vikings for a fair while these are going to the back burner for now. I spent all month being harrassed by two little boys who's levels of patience are not great and want their army painted and like yesterday.
So on this months menu are Greenskins galore. In fairness I now have so many thanks to a fortunate purchase through Ebay that I cant possibly paint everything in a month so am going to split it into bite sized chunks.
The Army consists of:
I need to purchase a couple of characters for this army but have plenty to paint to get it off and running. This month I am going to paint the Savage Orcs and the Night Goblins. This should be a challenging month as I have never painted either type before, predominantely due to me being a historical painter. I also have two supervisors that are fairly insistant on what colours I have to paint their figures being aged 4 and 5 expect the un-expected as I do.

I have painted a sample figure of each type of Orc to the given directions to assist me painting this project.