August comes to a close.

I am pleased that I met the target for the month, it may have been a small unit but with the clubs terrain as well I came very close to failure, But I also squeezed a couple of bonus figure in too.
The 5 panzer 4's will eventually be split into the HQ and 2 combat platoons for my DAK tank company.

After some research having numbered all the tanks individually I discovered 15th Panzer division only used a single company digit throughout the period so had to redo the numbering. Having settled on the number 2 they all represent the second company of 15th panzer. 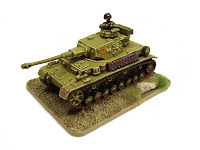 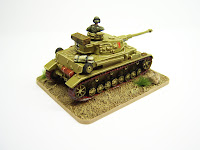 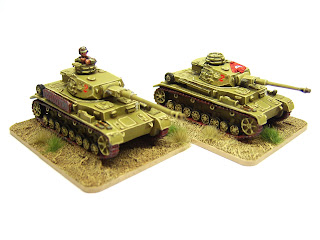 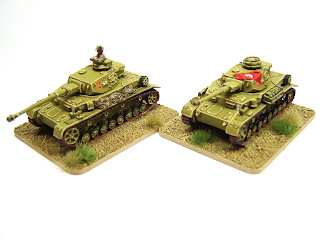 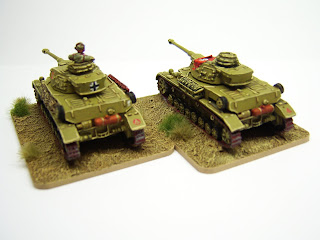 The 1st Zug the remainder will be Panzer III's 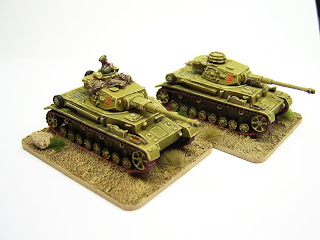 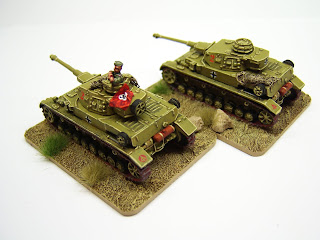 The 2nd Zug again the balance will be Panzer III's 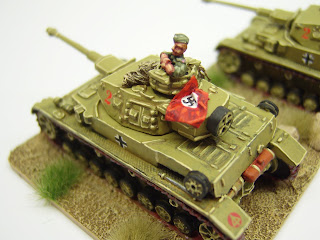 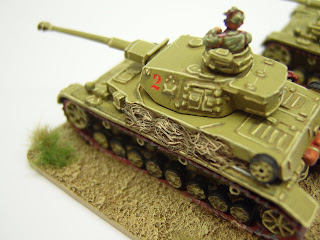 A couple of close ups of the stowage and added extras, the Air recon flags are all hand painted.


I also managed to paint two of the Characters for my up coming Dwarf army. Ignore the bases as these are going to be re-worked, but that wont be done until my army is completed as I like to base all the figures at once. 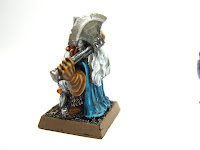 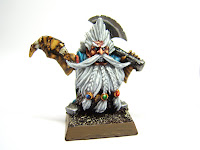 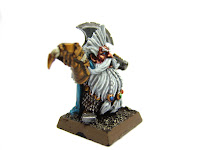 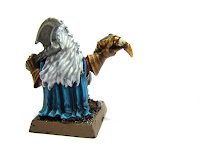 First up My take on Grombrindal the White Dwarf, Followed by one of my Dwarf Thanes. 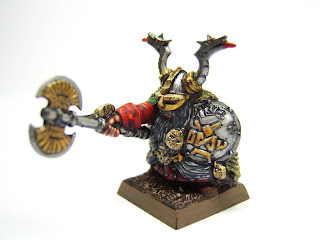 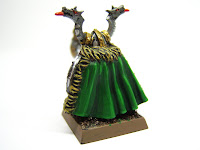 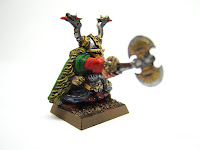 Well that's all for this month hope you enjoy the update.
Posted by Loki at 19:05 No comments:

First up I realised mid month completing this challenge this was going to cause me problems. Firstly I had a huge amount of terrain to construct to get the new club up and running for the first Thursday in September. This really cut down on the free time I had available to paint. Secondly was my fault and the distraction with the Blood bowl team and building up my Dwarf empire. The latter being a point I intend to rectify next month.

I am thankfull to Kieron, who found some DAK decals and gave them to me, although this was after I had carefully painted all the unit markings etc free hand. However although my freehand work was acceptable the decals looked much better so I started over on these except the turret numbers. I was very pleased with my numbers and the decals IMHO did not look as good.

Hopefully I will make the deadline as I have a couple of hours free tonight to work on these.
Posted by Loki at 18:16 No comments:

As everybody seems to be posting an update here is mine. All 5 are now at various stages in the painting queue. Having completed the additions of stowage and camo netting. The biggest hassle is battlefront have pulled the DAK decals so I am having to go free hand.

Having talked to kieron about bloodbowl, and telling him I fancied doing some Skaven, he kindly donated me a few bits to experiment with. I have decided to create my team with a theme behind it, these are not in this months challenge as I am effectively scuplting and modify these a bit at a time till I have built the full team. All Based on a Desert Rats Idea. 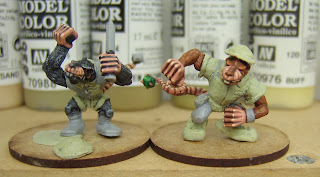