Blimey is it no 29 already I have missed a fair few of these of late due to other commitments. In fact had the car not been in for repairs and the wife banned me from going away this weekend I would have been travelling to Posties for a game that Ray kindly invited me too. So with some free time on my hands whats a man to do!

Well I decided to give myself a little time doing some of my own figures over the next few weekends, between the shows and other commitments. To that end I have began the task of making some units from my Analogue Hobbies Winter Challenge 1st prize. I choose the $100.00 of Fife and Drum Miniatures with the intention of making a sizeable Muskets and Tomahawks American War of Independence force though I may change plans and organise them for Black powder or British Grenadier which ever way I choose the unit sizes are largely the same.

This is without doubt a period I like to paint figures for and in particular I enjoy the earlier period of this conflict and the wide choice of uniforms that one can paint. My first unit will be Sherburne's Additional Continentals circa 1776 - 1779 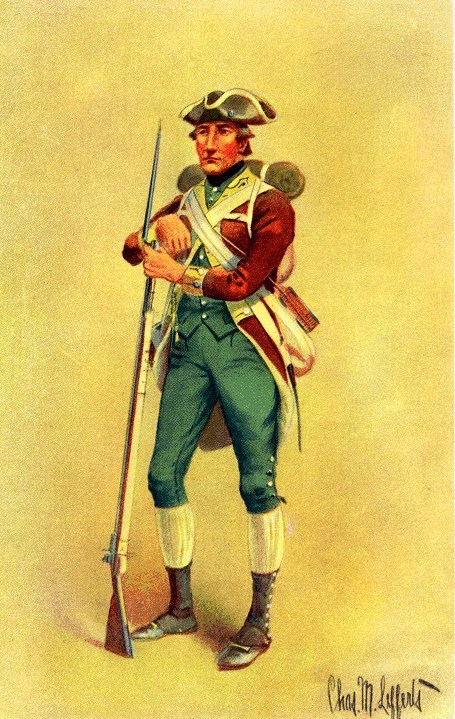 This command was one of the sixteen additional regiments authorised by Congress, December 27, 1776. These sixteen regiments were known by their colonels' names only, and had no number assigned to them, though they were in the regular Continental Line. 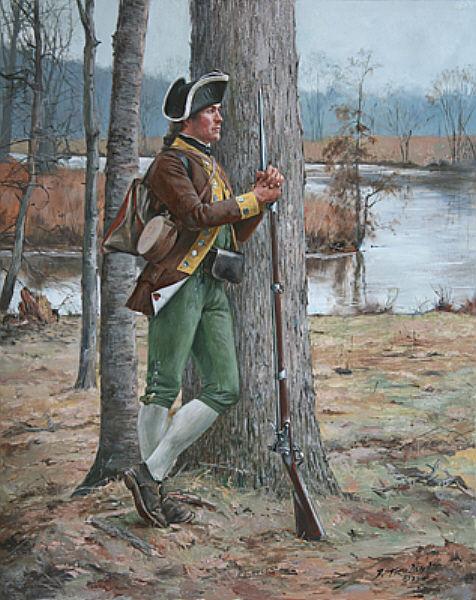 In 1779, the regimental dress of Sherburne's regiment consisted of black felt hats bound or laced with white wool braid as in the English Army, white buff leather cross-belts worn over a brown coat faced with yellow, dark green waistcoats and breeches, white wool stockings, and black half gaiters or spatterdashes of painted canvas. Their knapsacks and haversacks were of canvas also. The regiment was recruited at large, but was composed mostly of men from Connecticut.

The following painting guide is as much about me remembering the colours I will be using as this project is going to be spread over several weeks, but will serve to assist anyone who wants to replicate what I have done here.

The Fife and Drum miniatures are very nice indeed though will take some skill to get right are they are much more slender than many figures. They are perfectly proportioned and very realistic. I can see more cash being parted in the future on this range and if you have not seen the ranges I would suggest a visit to the blog HERE that is run by Der Alte Fritz you wont be disappointed!

I have made a fair start on these and have much of the main uniform blocked and first highlighted the green is completed and so far I am happy with how they are turning out.

As closer view to give you a look at the figures proportions.

Right I have another couple of hours to play before family life takes precedence so I am going back to the brushes for another round ! Hope you are all having a good weekend and hard at your brushes!
Posted by Unknown at 12:35