I succumbed to my usual weakness that is rule books, despite many comments in my previous post HERE that the supplements for Black powder were not necessary reading, I decided to purchase a copy and see for myself. 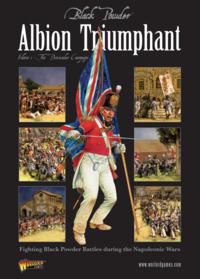 So my thoughts on the supplement are as follows:

The book is very nicely presented being a soft back of 112 pages full of nice illustrations and some excellent pictures of figures as we have come to expect from publishers of late.

There is a very nice potted history of the Peninsular campaign that will serve as background information for those new to the period or joining the hobby. For any one who has studied this period it will offer nothing new.

My biggest disappointment comes with the history side of it for the newcomer to the hobby. Why do I say this, well the book features 4 important battles and dedicates time and effort giving a background to each one, describing the battle and the aftermath of said battles. Where this falls down is the orders of battle, they are less than useful to the hobby newcomer offering such little detail that they could not game the battle. The Author makes the reference that he has done this so you cant use this supplement as an excuse to avoid researching. This to me would be fine if there was a section in the book that recommended where to look or how to start researching. But to a hobby newcomer much less than helpful and the pages taken up by the poor OOB's could have been given over to further research help. In example the author goes to great length giving a historical and accurate breakdown of the French at Talavera, then simply lists the commanders for the British and Spanish, and even then completely omits the British and KGL artillery present.

The book has some historical inaccuracies ( I.E. British Guards with red uniform wings for flank companies and more besides.) Having spoken to the books author he informed me Osprey publishing mad the error in compilation and used a cut and paste to compile this part.

Each major protagonist in the Peninsular is given an overhaul both to further define the national characteristics and give a better feel too the armies of the period. In my opinion this is an area this book really comes into its own and will really set the scene for any new blood coming into the hobby, allowing them to easily compile troops for their own battles. Although this does appear to have some typographical errors in unit stats for French combined Voltigeurs page 66 and page 106. Again the author confirmed to me that the statistic on page 66 are correct, he has alsoconfirmed that an errata for both volumes of Albion Triumphant will be released shortly.

Where this book is good for anyone is the playable scenarios suggested and everything you need is well presented, and easy to read and certainly looks playable. Also of use is the points system in the back of the book, which makes very interesting reading. This will be of great benefit to anyone who wants to play without doing a historical battle set your points, pick your force according to the organisation guide provided and get playing.

So in conclusion is it worth it?
Well surprisingly yes, certainly for a beginner in the hobby to get a flavour without the headache of hours of research, enabling them to compile reasonably accurate armies of the period without issue this is a worthwhile purchase.
Even for the experienced among us it brings a fresh perspective and a good overall army building mechanic if you want to go ad-hoc and just have a pick up and play game. It also gives a better understanding to the unit statistics and will certainly save time in working them all out for yourself, and if you don't agree you can change them to suit yourself. However the lack of attention to detail by the publisher and not the author in some areas really lets areas of the book down.